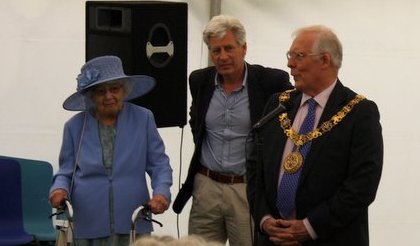 The official opening of our Jubilee celebrations by the Mayor of Winchester, Cllr Frank Pearson (right) with Parish Council Chairman, John Hyland and the villages' oldest resident Mrs Win Sparks (102).

While most of the UK celebrated the Queen's Diamond Jubilee on Sunday, 3rd June 2012 in a deluge of rain, Soberton and Newtown's festivities on the Recreation Ground were blessed with fine weather, a fun atmosphere and some first class entertainment The event started with a Thanksgiving Service in the marquee led by Rev. Sandra Beavis and the inauguration of the new sports pavilion. 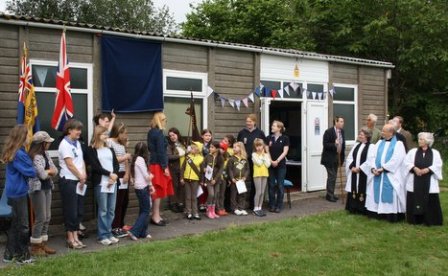 The new Guide Hut sign was officially unveiled, with musical accompaniment by the Junior Acapella Choir.

Entertainments during the afternoon included dancing by Newton School and children's games organised brilliantly by the 3Ps team. In the marquee there were displays by local organisations to reflect the many diverse activities enjoyed in our community while around the marquee in six brightly decorated gazebos, teams from various parts of the villages created a stunning evocation of the six different decades spanned by the Queen's reign. 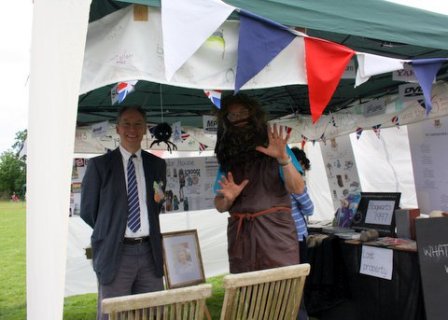 Hogwarts provides the backdrop to the 80s pavilion 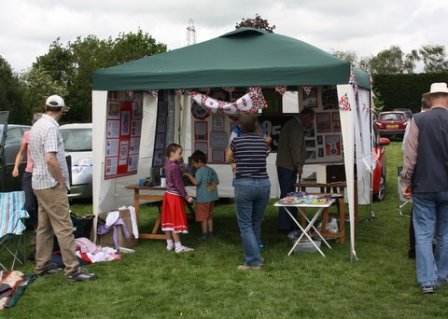 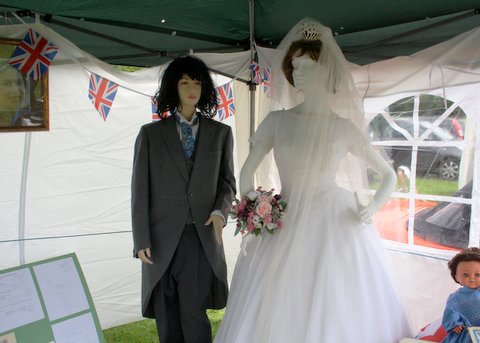 The fun continued late into the night with supper in the marquee and "satellite" gazebos and dancing to the sensational "Starlight Big Band". Very few could resist the temptation to get up and shake a leg to their versions of some of the best and most popular tunes from more than six decades.

A big "Thank You" to Meg Sparks and her committee for making the Diamond Jubilee such a memorable event for old and young alike! 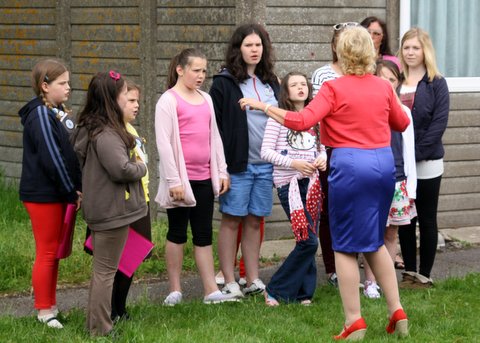